Here, I shall briefly describe the two main poetic meters I am using. In the foreseeable future, it is likely that every poem I post here will be in one of these two meters.

My first meter is based on fornyrðislag, in which each stanza consists of eight lines, in four pairs. This is the form used by many of the poems of the Poetic Edda (such as Völuspá and Þrymskviða), and is also the form that Tolkein used in The Legend of Sigurd and Gudrun. Each line contains two stressed syllables. The first stress of the second line of each pair must alliterate with either, or both, of the stresses in the first line of the pair. The second stress of the second line must not alliterate with the first stress of the second line, but may optionally alliterate with one of the stresses in the first line. Unstressed syllables are not counted for alliteration purposes, and the number of them in each line is usually two to four, but can be more or less than that. All vowels are considered to alliterate with each other. Inspired by Old Norse practice, I treat the consonant clusters sk, sp, st, and sh as only alliterating with themselves, not with each other or with s by itself.

Here is an example of two lines of fornyrðislag from my poem “Heathen Pride”:

We are hearty heathens,
happy and proud;

You can see that the h-sounds of hearty, heathens, and happy all alliterate in accord with the rules just described, as it is the first syllable of each of these words that carries the stress. The p-sound of proud, which is the last stressed syllable of these lines, does not alliterate. (Pronouns such as we, and forms of the verb to be don’t usually bear stress in this sort of poetry, but there are exceptions.) Add another three pairs of lines such as these, and you get a full stanza.

My second meter is based on ljóðaháttr, and has stanzas of six lines each. This meter is also used by many of the poems in the Poetic Edda (such as Hávamál and Vafþrúðnismál). The basic unit is a half-stanza of three lines. The first two lines are as in fornyrðislag, although the first line can be as short as two or three syllables total. The third line of each half-stanza is called a full line, and usually has three stresses, any two of which will alliterate. The structure of the half-stanza is repeated to make a full stanza of six lines.

Here is an example of three lines (a half-stanza) of ljóðaháttr from a hail to Odin:

Hail to Odin,
highest of Aesir,
for giving self to self.

You can see the first two lines are like in fornyrðislag. The h-sound of hail alliterates with the h-sound of highest. Also, there is secondary alliteration, where the vowel-sound of Odin alliterates with the vowel-sound of Aesir. (I tend to use such secondary alliteration far more frequently than the ancient poets did, in both fornyrðislag and ljóðaháttr.) In the third line, the stresses are on the g-sound of giving and the s-sound of both instances of self, and thus the alliteration is on the two s-sounds. Add another three lines such as these, and you get a full stanza.

An important variation on ljóðaháttr that I occasionally use is called galdralag. This occurs whenever one or more additional full lines follows the usual full line in a half-stanza. (Examples of galdralag occur most frequently in the Hávamál, but are found in other poems of the Edda as well.) Often (but not always), this additional full line will repeat the preceding full line, but with a slight variation of some sort.

Here’s an example of an extra line added to the Odin hail to make galdralag:

You can see that the fourth line is a clone of the third, with only two words changed. The rules for alliteration in a full line still apply. It’s not always necessary for the lines to look so similar. I could have done this instead:

Hail to Odin,
highest of Aesir;
by giving self to self,
he won and wrote the runes.

It’s still galdralag that way, even though it lacks the repetitive character.

Now for some final notes. In all the examples here, the stress was on the first syllable of multi-syllable words such as hearty, heathens, happy, giving, highest, etc. This isn’t always the case. Most prefixes in modern English aren’t stressed. Thus, in words like become, provide, and away, the stresses are on the second syllable, not the first. (Thus on c, v, and w, instead of b, p, and a, respectively.) Not sure where the stress is supposed to fall on a word? Consult a dictionary — I do it all the time myself. Also, to make sure there is no confusion, it is the sound that matters, not the spelling, for the purposes of alliteration. Although spelled differently, kick and come alliterate because they start with the same sound; cent and come do not alliterate — their initial sounds are different, although they start with the same letter.

That concludes this brief introduction to the meters I use. More detailed commentary is possible, but is beyond the scope intended here.

5 thoughts on “On The Alliterative Meters I Use” 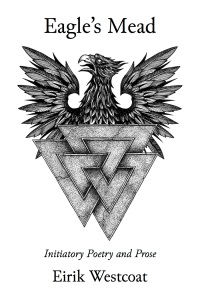 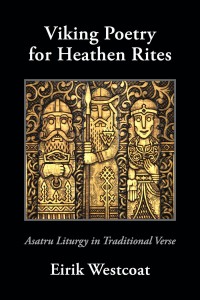